Gift cards have become the easiest and most effective way that scammers use to fleece seniors out of their money.

They pose as IRS agents, tech-support personnel, or as lawyers for a grandchild who is in jail and needs to be bailed out.  The best cards for scamming are iTunes, Google Play, Best Buy, and Kroger Mid-Atlantic. They contact senior citizens and pressure them to buy several of these cards and then give over PINS or code numbers on the back of the card so they can be redeemed.

This gift card scam is growing. According to the Federal Trade Commission (FTC), their data show that 26 percent of scammers asked for gift cards in 2018, versus just 7 percent in 2015. A jump of 271 percent!

The cards are popular because they’re as untraceable as cash and can be easily transferred.

Retailers, however, have caught on and several of them are training their employees to spot and stop the scam.

At Kroger Mid-Atlantic, for example, service-desk personnel are trained to engage customers to ensure they are not being scammed. They will also refuse transactions if they  detect a problem.

Apple, Best Buy and Target also say they train employees to be on the lookout for people who are buying gift cards while in the middle of being defrauded. They look for signs of distress and uncertainty in the shopper — and then engage them.

Other measures retailers are taking include limits on the purchase and use of gift cards. For example, last year, Best Buy, Target and Walmart — announced such limits to reduce gift-card fraud. One was to lower the maximum amount of money that people could load on to gift cards in one transaction. The other was to put new restrictions on using their gift cards to buy other cards — a practice that scammers use to hide their tracks. 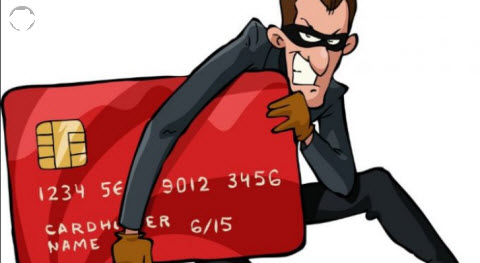 Closing In On The Scammers

Last year, law enforcement teamed up with Best Buy and the National Association of Attorneys General to create a public service announcement.  It warned people about gift-card schemes. One of the key messages: Gift cards are not used — and cannot be used — to pay bail, taxes or court fines.

This collaboration combined with the training programs instituted by several retailers is helping save seniors from getting scammed. Nevertheless, vigilance is important as the scammers will look for other possible loopholes with gift cards. Alternatively, they’ll just look for another method to scam unsuspecting and gullible consumers.

Education, public service announcements and effective law enforcement must continue. An educated public can protect themselves.

The chess match between the good guys and the bad guys continues.