Stroke happens when blood cannot flow properly to the brain and consequently brain cells die. Many signs and symptoms are the same for men and women, though some symptoms occur more often in men.

The Centers for Disease Control and Prevention (CDC) report that strokes are the fifth-leading cause of death in the United States. They are more common and more likely to be fatal in women, while men tend to have strokes at a younger age.

Being aware of all symptoms, including those specific to sex, can help a person get lifesaving medical attention for a loved one. 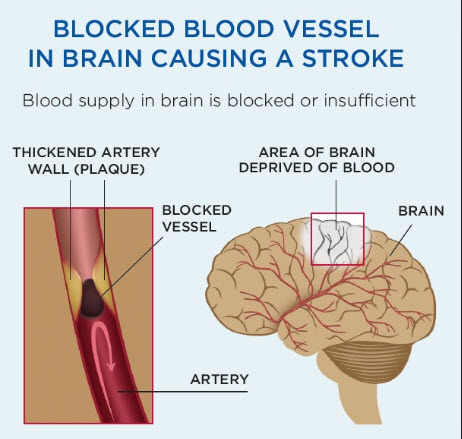 Authors of a study published in 2009 investigated differences in how strokes affected men and women.

They found that the most common symptoms in men were:

Women were more likely to report “nontraditional” symptoms, such as lightheadedness, headaches, and a change in mental status, such as confusion. Men can also exhibit these symptoms.

However, because men tend to exhibit better-known symptoms, bystanders and medical personnel may recognize strokes more quickly in men, reducing the time between the stroke and treatment.

An ischemic stroke is the most common type. It involves a piece of plaque or a blood clot blocking an artery in the brain.

Hemorrhagic strokes are less common, and they involve bleeding in the brain.

A person may experience a transient ischemic attack (TIA). These feature short-term, stroke-like symptoms, and they can serve as a warning sign for a stroke.

The most common symptoms of a stroke are:

A person may show several symptoms or only one, such as one-sided weakness.

A stroke cuts off blood flow to the brain, depriving brain cells of oxygen and nutrients. If a person does not get medical attention quickly, they are at risk of permanent brain damage or death.

Results of a 2005 study suggest that men who have had strokes may leave the hospital with fewer disabilities than women. In the aftermath of a stroke, men also tended to have higher rates of daily activity.

This may be because men tend to be younger than women when they have strokes. As a result, their bodies may be better able to recover.

Recovery after a stroke depends on many factors. These include:

Some people fully recover from a stroke and experience no lasting effects. Others require long-term physical therapy and medications. These may:

If a person suspects that anyone is having a stroke, they should contact emergency services immediately. People in the U.S. should dial 911.

Identifying and quickly treating a stroke reduces the risk of brain damage or death. Within 3 hours of the onset of a stroke, a doctor can administer a clot-busting medication.