Skip to content
It spills out of damaged and dying nerve cells, into the cerebrospinal fluid and then travels from there into the bloodstream.
What led scientists to this blood protein?

Previous studies had already demonstrated that blood levels of neuro-filament light are higher in people with diseases, such as Alzheimer’s Alzheimer’s disease destroys nerve cells and tissue in the brain. To date, no drug has been effective in stopping this disease. The question posed here is how to measure whether any drug is effective or not.

A previous study showed that measuring neuro-filament proteins in the blood identified Alzheimer’s years before emergence of symptoms. These symptoms include a decline in thinking and memory.

According to figures from the Alzheimer’s Association, there are 5.8 million people living with Alzheimer’s disease in the United States, and this number is likely to rise to just under 14 million by 2050. 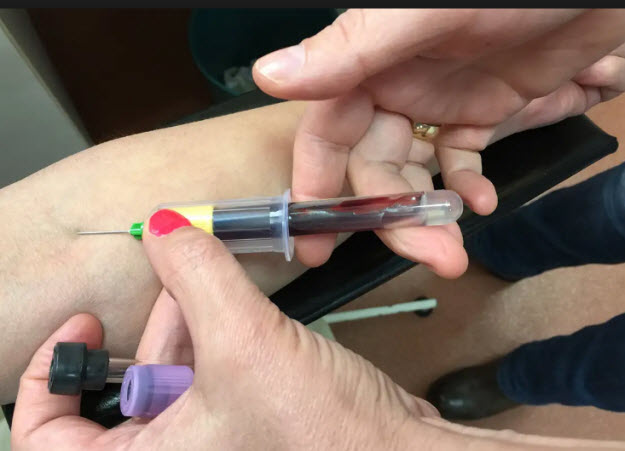 A blood test to measure whether a drugs effectiveness against Alzheimer’s is an easy, cheap, non-invasive and accurate technique.

Results showed that levels of neuro-filament proteins in the blood increased over time in patients diagnosed with Alzheimer’s disease. This was corroborated by brain scans and spinal fluid markers.