Epilepsy: Help Is On The Way

Smartwatches are extremely popular and allow you to monitor such health metrics as your heart rate, sleep habits, and insulin levels.

Nightwatch immediately alerts caregivers to oncoming severe nighttime seizures. Sudden unexpected death in epilepsy (SUDEP) is the leading cause of death in those with the condition. The risks of death are even higher in people who have therapy-resistant epilepsy and an intellectual disability.

The Nightwatch was tested on 28 intellectually disabled participants who have epilepsy.

Each participant wore the bracelet for an average of 65 nights. The Nightwatch was set to sound an alarm if the person had a severe seizure. The participants were filmed to determine if there were any false alarms or seizures that the device failed to catch.

When these are detected, the device immediately sends an alert to the person’s caregiver.

Nightwatch recognized 85 percent of all severe attacks and 96 percent of those that were the most severe.

Both scores are significantly higher compared to other devices. The current standard method of detection is a bed sensor that reacts to vibrations caused by rhythmic jerks.

The researchers also tested this sensor, for comparison, and it only detected severe seizures 21 percent of the time. 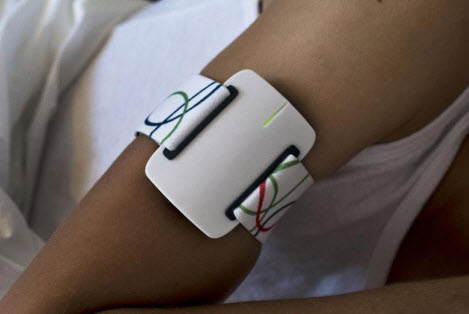 The Nightwatch bracelet (pictured) could save thousands of lives.
Image credit: LivAssured

The Nightwatch is a valuable tool for people at risk of SUDEP.  Researchers believe it may reduce the number of SUDEP incidences by two-thirds.