Lyrica is a medication manufactured by Pfizer and is used to treat pain caused by nerve damage due to diabetes, shingles (herpes zoster) infection, or spinal cord injury.

It is also prescribed to treat pain in people with fibromyalgia. Fibromyalgia is a condition involving widespread pain in muscles and connective tissue. There also is a heightened and painful response to touch.

Lyrica works by slowing impulses across the brain that are involved in seizures. It also affects chemicals involved in pain signals.

The drug is mainly prescribed to treat these conditions:

There are side effects such as: 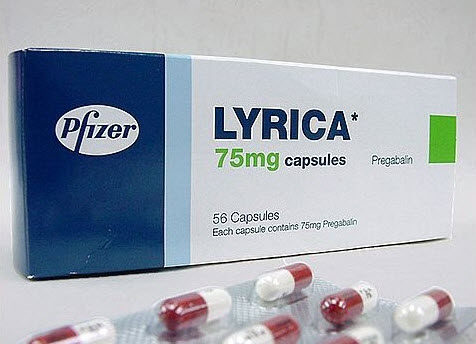 From 2006 to 2016, nine million prescriptions were written for Lyrica. In spite of it’s several severe side effects, the drugs prices has skyrocketed during this period.

Right now, A bottle of 90 pills costs over $650 before rebates and discounts. In 2005, it cost $150, according to Elsevier’s Gold Standard Drug Database.

This is just the beginning, as more drug companies will soon be asked to account for their decisions to raise prices on their drugs.

“The cost of Pfizer’s drug, Lyrica, has grown tremendously over the past several years,” Wyden wrote in a letter sent to Pfizer Tuesday evening.

“In 2016 alone, over 850,000 Medicare beneficiaries were prescribed Lyrica resulting in $2.1 billion Medicare spending. The main cause of this increase has been Pfizer’s consistent and egregious price increases.”

Wyden, is the lead Democrat on the powerful Senate Finance Committee. He objects to the Food and Drug Administration granting Pfizer six months of additional exclusivity for Lyrica to treat seizures in children. The drug would otherwise have been eligible for generic competition later this month.

Senator Wyden isn’t the only one questioning Pfizer’s pricing. The nonprofit I-MAK, which supports patent reform as a way to lower drug prices, called Lyrica “a prime example of over-patenting that allows for never ending price increases”.

Wyden has asked Pfizer whether it plans to again increase the price of this drug together with 41 yet-to-be-disclosed drugs. He also asked the company to specify what factors influenced Pfizer’s most recent price increases.

Senator Wyden also wants information on how much revenue Lyrica has generated for Pfizer and how much the company has spent marketing the drug.

More to come on this after Congress comes back from their Holiday vacations.