In recent years, ambient odors have become an important tool that businesses use to attract customers and influence their behavior. For example, food companies and restaurants, use the smell of delicious food to tempt people into their establishments.

The authors of the current study wanted to understand, in more detail, how food-related ambient scents can affect your food choices. In particular, they focused on how these aromas influence your selection of healthful vs. unhealthful foods. 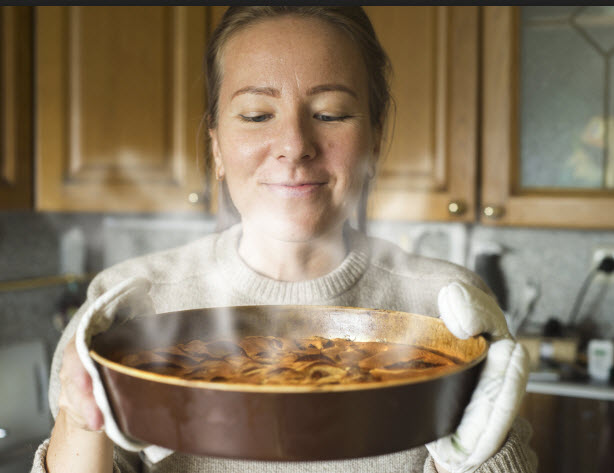 Food Odors: How They Influence What You Choose To Eat

Surprisingly, however, individuals exposed to the aroma of an unhealthful food for 2 minutes or longer were more likely to make a healthful food choice.

Pizza: The Affect Of Smell On Your Food Choices

The first experiment took place at a school cafeteria used by  900 children. In each day of the three day study, students were exposed to one of three conditions: a control condition with no scent, a pizza aroma, or an aroma of apples.

Odors were distributed through nebulizers placed near the students as they waited online food. All students were exposed to the smell for approximately two minutes.

But on pizza day, only 21% of the students bought unhealthy snacks.

In Phase 2 of this study,  participants sat in a room with one aroma of an unhealthy food for at least 2 minutes. Researchers then placed plates of strawberries and cookies in front of them and asked which food they would choose.

Once again, those exposed to the aroma of the unhealthy food chose the health food option.

Overall, these findings give a fascinating and potentially useful insight into food cravings and how to minimize them.

Posted in Healthcare News & Information and tagged food cravings, food odors, how you decide what to eat, obesity, overeating, Tower Lodge Care Center Wall Township NJ 07719
← Our Most Recent RatingZinc Deficiency May Give You A Bad Case Of High Blood Pressure →