Mosquitoes and the summer are here and it’s important that you take precautions against getting bit. For example, 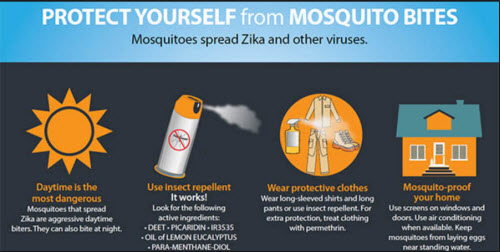 Mosquitoes carry microbes that can cause deadly diseases, such as West Nile virus and malaria. While chemical insecticides offer a line of defense, these insects grow resistant to them. But now, an international research team reports that they developed a genetically engineered super fungus that kills mosquitoes quickly.

Indeed, mosquitoes are the deadliest animals in the world. More than 3.2 billion people—about half of all humans—are at risk for malaria, and more than 400,000 die each year from the disease.

Reporting in the journal Science, they describe how this new super fungus can combat malaria.

The fungus is called Metarhizium pingshaense and it is a natural enemy of the mosquito. However, by itself, it kills mosquitoes too slowly to control transmission of malaria. Therefore, to make this fungus more efficient — they engineered it to carry a toxin, derived from a spider, that is deadly to insects. When tested, this super fungus safely and rapidly killed insecticide-resistant mosquitoes, reducing their numbers by more than 99 percent within 45 days.

Previous studies showed that the fungal species Metarhizium, kills a variety of insects. The spores from a specific Metarhizium strain effectively kills mosquitoes and therefore may also be effective in protecting humans. To reduce this population quickly requires very large quantities of fungal spores which usually takes several weeks to collect. To boost the potency, the researchers added a genetically engineered toxin spider toxin already approved by the the U.S. Environmental Protection Agency (EPA).

The fungus activates its toxin as soon as it comes into contact with the mosquitoes blood.

Once inside a mosquito, the fungus naturally produces a structural protein called collagen that shields it from the insect’s immune system. A genetic switch that turns “on” when it detects an insect’s blood controls that collagen production.

A MosquitoSphere with six separate compartments was built. Four of these contained West African huts, along with native plants and breeding sites for mosquitoes. The researchers hung a black cotton sheet, previously soaked in sesame oil, on the wall of a hut in each of three chambers.

In hut #1, the sesame oil contained genetically engineered fungal spores. In hut #2, the oil contained natural fungal spores. And in hut #3, there were no spores at all. Then, they released 1,000 adult male and 500 adult female mosquitoes into each chamber and observed activities over the next 45 days.