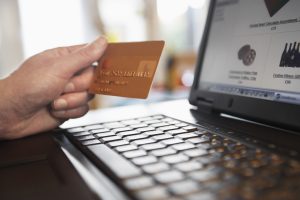 On May 24, 2018, President Trump signed the SeniorSafe Act into law. The act, which was included in a larger banking reform package, was written by members of the Senate Special Committee on Aging. The SeniorSafe Act empowers financial institutions such as banks, credit unions, insurance companies, and investment houses to educate their staff to recognize the first signs of financial abuse of seniors, and to report suspected cases to the proper authorities.

Seniors are at increased risk of financial fraud. Shawna Reeves, Director of Elder Abuse Prevention at the Institute on Aging, states that, “Those of us working in the field have long known that the United States is in the throes of an elder financial abuse epidemic.” A 2015 report on Elder Financial Abuse estimates that in the US, $36 billion is lost annually to financial abuse of senior citizens. This abuse may take the form of financial exploitation, when misleading language, often combined with pressure tactics, is used to obtained consent for payment. Seniors are also vulnerable to deceit or theft perpetrated by a caregiver, or to telephone or internet scams.

Twenty-five states and the District of Columbia already have laws in place requiring suspected abuse to be reported; the SeniorSafe Act does not mandate reporting, but adds a layer of protection for seniors in states that do not have mandatory financial abuse reporting laws.

Other Measures that Safeguard against Financial Abuse of Seniors

The Senate Special Committee on Aging publishes an annual resource book to help seniors protect themselves against fraud, and includes a list of the top ten scams reported to the Committee’s Fraud Hotline.

The Financial Industry Regulatory Authority (FINRA) recently instituted a rule that allows brokerage account holders to list a trusted person who can be contacted when financial abuse is suspected.

These and other measures help protect seniors from those who view them as easy targets for financial abuse.