Prescription drugs are supposed to make you feel better, but unbeknownst to many, these drugs can also make you feel very depressed. Specifically, drugs prescribed to treat high blood pressure, heartburn and anxiety, can cause depression, according to a University of Illinois at Chicago study recently published.

These researchers found that 200 prescription drugs, including those used by senior citizens can cause depression. The drugs are proton pump inhibitors (PPIs) to treat acid reflux and beta-blockers for hypertension.

Education and vigilance is the key to keeping possible prescription drug-induced depression in check. 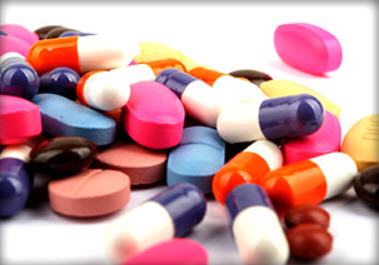 All of us get into a funk from time to time, it’s normal. But, you should be concerned if you feel depressed most of the time over a two week period.

If so, call your doctor.

Symptoms that something is wrong can include:

Keep in mind that less than 2 percent of doctor’s visits include screening for depression.

When you visit your doctor, review all the medications you’re taking. Your depression may be the result of drug interactions. Many drugs do have side affects.

Lowering the dosage of one drug may be the answer.

If one of your medications does seem to be the cause, you may not need to stop taking it, a lower dosage could be the answer. But, if that isn’t possible, the next step is to try to switch to another class of medications. It may be another blood pressure drug or a switch to ibuprofen from cortisone to control your inflammation.

In addition to changing dosages or moving on to new drugs, lifestyle changes can also help reduce depression. For example, a recent study showed that depressed patients who lost weight, ate a healthy diet, and exercised regularly, reduced their symptoms of depression and anxiety.

Socializing also helps. A study published in The British Journal of Psychiatry found that people who saw films, plays, or visited a museum at least once a month had 48 percent lower risk of developing depression.

Eat healthy, exercise, and get involved in social activities.

Prescription Drugs: How Do I Know Which Drugs Cause Depression?

According to The Centers For Disease Controls(CDC) these prescription drugs are the most common to cause depression side affects:

Talk to your doctor and get educated.