Red meat eaten daily triples your risk for heart disease, a recent study reports. Previous research showed that  tri-methyl-amine N-oxide (TMAO) is a dietary byproduct that is formed by gut bacteria during digestion.

This chemical comes from nutrients that are at very high levels in red meat. High saturated fat levels have long been known to contribute to heart disease, the leading cause of death in the United States. A growing number of studies have identified TMAO as another culprit.

The exact mechanisms by which TMAO may affect heart disease is complex. Prior research has shown that TMAO enhances cholesterol deposits in the artery wall.

Other studies also suggest that the chemical interacts with blood cells that are responsible for normal clotting responses.

TMAO increases the risk for clot-related events such as heart attack and stroke. 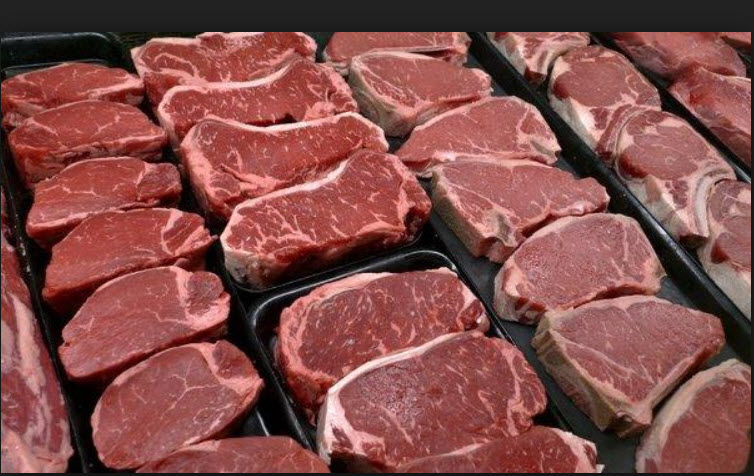 Researchers at the Cleveland Clinic tested the effects of eating red meat on heart and blood markers. The trial lasted for one month.

One hundred and thirteen participants were given three diets for one month in random order. All meals were prepared for them, with 25% of calories coming from protein sources such as red meat, white meat, or non-meat sources.  Results were published on December 10, 2018, in European Heart Journal.

The daily red meat diet consisted of 8 ounces of steak daily. This is equivalent to a double portion of quarter-pound beef patties.

After one month on this diet, blood levels of TMAO were three times higher compared to those participants that were eating the white meat or non-meat diets.

The researchers found that saturated fat had no additional effect in raising TMAO levels.

The TMAO increases were reversible.

Participants with the high TMAO levels were switched to either white meat or a non-meat diet for a second month.  Their TMAO levels decreased significantly.

The researchers conclude that results from this study emphasize the importance of following a heart-healthy eating plan. Such a diet plan limits red meat.

Instead, eat a variety of foods, including more vegetables, fruits, whole grains, low-fat dairy foods, and plant-based protein sources such as beans and peas.