Seitan is a popular vegan substitute for meat. It is made from wheat gluten and water and is often promoted as a high-protein, low-carb alternative to animal protein. However, there are some concerns about the possible negative effects of consuming a product made entirely of gluten.

It is made by rinsing wheat dough to remove the starch. This leaves a dense mass of pure gluten protein that can be seasoned and cooked.

Seitan is not a new thing. The word (pronounced say-tan) is Japanese and was coined just 50 years ago by one of the proponents of the macrobiotic diet. But the food it refers to has been a staple in Asian cultures for at least 15 centuries. 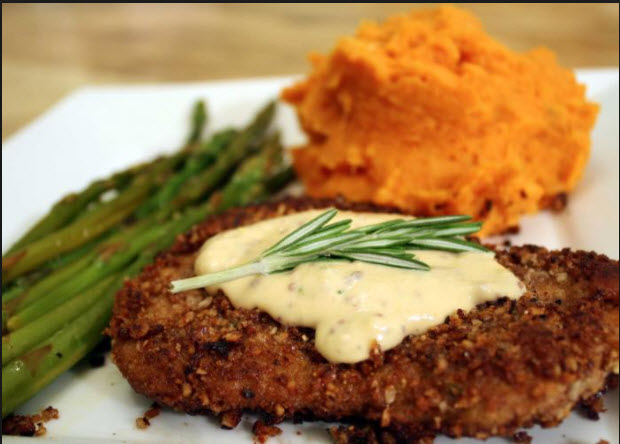 Seitan consists almost entirely of wheat gluten, but it is still a nutritious food that is high in protein and minerals while low in carbs and fat.

One serving made from one ounce of vital wheat gluten contains the following nutrients:

It is also extremely low in carbs since all of the starch normally found in wheat flour is washed away in the process of making seitan. One serving contains just 4 grams of carbs.

Seitan is made entirely out of gluten, the main protein in wheat, so it is a good protein option for vegetarians and vegans. The exact amount of protein in varies, depending on whether other proteins like soy or legume flours were added during production.

A 3-ounce serving usually contains between 15 and 21 grams of protein, which is roughly equivalent to animal proteins like chicken or beef.

However, while it is high in protein, it does not contain enough of the amino acid lysine to meet your body’s needs.

Since it is low in lysine, an essential amino acid that humans must get from food, seitan is not considered a complete protein.

But many vegans and vegetarians easily solve this problem by eating lysine-rich foods, such as beans, in order to make up the difference.

Plain seitan is made from simply wheat gluten and water, so it can take on the flavors of sauces and other seasonings very well.

This makes it a versatile cooking ingredient that can blend into almost any meal.

Some of the more popular ways to cook it include:

The texture is often described as dense and toothsome, so it makes a much more convincing meat substitute than tofu or tempeh.

Seitan: Who Eats It?

Soy is considered to be one of the top 8 food allergens, according to the Food and Agriculture Organization of the United Nations. However, many popular vegan protein options, such as tofu, tempeh and packaged vegan meat substitutes, are made from soy.

This makes it difficult for vegans with soy sensitivities to find appropriate meatless products at the grocery store. Seitan, on the other hand, is made from wheat, which makes it a great alternative.

Seitan: Who Should Avoid It

Since it is made from wheat flour, it must be avoided by people who cannot eat wheat or gluten. This includes people with allergies to wheat or gluten and especially those with celiac disease, a serious autoimmune disease that is triggered by gluten.

It should also be noted that pre-packaged versions can also have high levels of added sodium. Therefore, those who are sodium restricted should read labels carefully.

Seitan: Can Be Bad For The Gut

Since seitan is made from pure gluten, there is some concern that eating it may be bad for your gut.

In a normal, properly functioning gut, intestinal permeability is tightly regulated so that only small food particles can pass through into the bloodstream. But sometimes, the gut can become “leaky,” allowing larger particles through. This is called increased intestinal permeability and is associated with a higher risk of food sensitivities, inflammation and autoimmune diseases.

Several test-tube studies have found that eating gluten can increase intestinal irritability, even in people gluten sensitivities. Therefore, if eating gluten causes unpleasant side effects like gas, bloating or diarrhea, or joint pain, seitan may not be for you.

Seitan is a great option for vegans who cannot eat soy, since other popular vegan foods, such as tofu and tempeh, are soy-based.

However, anyone who cannot tolerate wheat or gluten should strictly avoid seitan to prevent serious side effects. Also, remember that it is a highly processed food and can be high in sodium when bought from a store.

Do the research and read the labels.